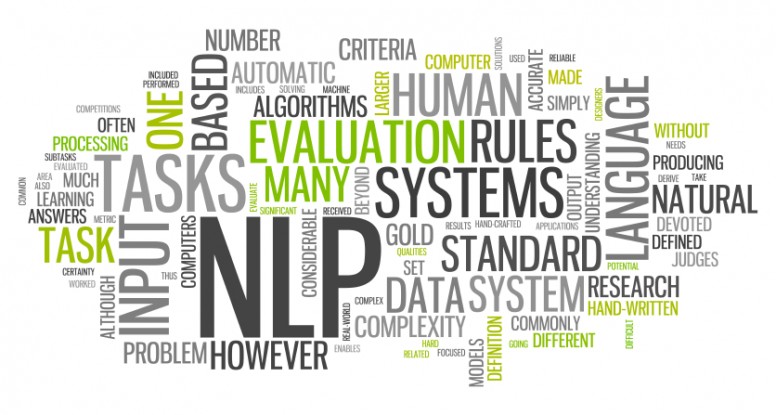 I don’t have many heroes when it comes to NLP and life coaching.

There are people I admire and respect, but few that would make me more excited than a 13-year-old schoolgirl at a Jonas Brothers concert.

In fact, off the top of my head, I can only think of two.

They are the co-developer of NLP, Richard Bandler, and Derren Brown the British mentalist, NLP guy, hypnotherapist and all-round showman.

Not only is Derren Brown a cool guy, but like Bandler he’s absolutely brilliant at what he does in a mind-blowing way.

When I watch other hypnotherapists and NLP Practitioners at work, I pretty much know what they are doing most, if not all of the time.

When I watch Bandler and Brown I haven’t got a clue for large periods.

That’s frustrating for a smug Nlp Master Practitioner know-it-all like me.

At the same time, it’s also fascinating to see the heights that some people can take the art to with decades of practice.

About three years ago after one of his UK TV series, Brown released a brilliant book called ‘Tricks of the Mind’

If you want an insight into all things bit woo-woo, like stage magic, Spiritualism, NLP, mentalism, memory tricks etc, this is the book for you.

Be warned though, because Brown takes a very large ball-peen hammer to shatter a few sacred cows in a brutal and unapologetic manner.

That’s really cool with me though because I share many of his opinions.

And more importantly, Brown has a very erudite and sensible way of explaining things that I sometimes hadn’t even considered before.

When I first read ‘Tricks of the Mind’ I was shocked to read him knock NLP.

He was quite dismissive of something that he patently uses on a regular basis.

What a hypocritical bastard I thought, I no longer want to have his love child or grow a goatee in his honor.

In 2006 I was doing the second of two NLP Master Practitioner courses I took in back-to-back years.

As is sometimes the case it was running in conjunction with an NLP practitioner course.

Only a small percentage of the people that complete the practitioner training ever go on to do the higher level. Thus we had 8 people on our course and there were over 50 on the other.

Anybody Can Acquire an NLP Certification

The most shocking thing to me was how little 5 of the other ‘Master Practitioners’ trainees knew about the subject at hand.

On further investigation, it seemed these people had attended practitioner courses that barely scraped the surface.

I remember one guy in particular because, I kid you not, he confessed to having bought his practitioner certificate on the Internet!

He’d read a couple of books though, so that was ok.

Another attendee had previously flown from the US to London to be taught by Paul McKenna and Richard Bandler, yet they didn’t even know how to anchor.

In fact, it’s so basic it’s probably NLP 1 if there is such a thing.

I don’t want to get into the reasons this person was so far out of their depth they were wandering around in flippers and wearing a snorkel because I have no idea what they were.

Maybe training with 750 other people in a huge room isn’t very conducive to something so hands-on as NLP, but that’s just a wild stab in the dark.

The scary thing was, that person was confidently calling themselves an NLP Practitioner and collecting client money without even knowing the fundamentals.

And there is no way that most potential clients would know that because, and I hesitate to labor the point, but he had a fucking certificate!

One time I was on another blog responding to a post on NLP.

I can’t even remember where I was or what the specific post was about, but I do remember somebody had stepped into the debate to absolutely slam NLP.

They ended their attack by linking to an academic study suggesting NLP didn’t work and was a scam.

On further investigation, the ‘academic study’ was no such thing. It was horrendously inaccurate in pretty much every area from the history of NLP to many of the techniques.

It even ridiculed certain processes that are now firmly established with psychotherapists and counselors.

On reflection, I’m not at all sure why, but I posted an in-depth rebuttal to the guy and pointed out several large flaws in the article. But, you’ll not be surprised to hear he never responded.

After I left my comment two other posters dived in to offer their support for NLP and in their own peculiar way, I found them even more disturbing than the attack.

NLP Is NOT The Cure For All Mans Ills

The reason being, that if you read the comments and believed them you’d be led to think NLP was the cure for all mankind’s ills.

They were making some outrageous, almost evangelical, claims that in my opinion were false and would damage the credibility for anybody reading the thread with an open mind.

And therein lies the problem.

NLP tends to polarize people because so many disparate (and on the face of it, unconnected) things fall under its umbrella.

There is no thing called NLP.

I love NLP and have had some massive breakthroughs using it with clients over the years, but here are my issues and the reason why I can, if I don’t agree, understand people think it’s a scam or are at best, distrustful.

As I have already mentioned, it’s possible to get certified in NLP in 4 days or sooner, which is patently ridiculous.

Nobody with 4 days’ experience should be attempting to coach or offer intervention processes PERIOD. Too many NLPers (pronounced nelpers, and yes it is a crap name so don’t ever call it me!) have their heads up their own arses.

They seem to think they own the keys to the universe and anybody that disagrees is an idiot that doesn’t understand.

NLP can do some great stuff, but to the best of my knowledge, it cannot make somebody do something they don’t want to.

It cannot cure cancer or restore eyesight to somebody that is blind.

Equally, it’s probably not much use in isolation with people suffering from bipolar disorder or serious mental illness.

And it definitely cannot cure Autism or Aspergers Syndrome.

I have heard all of the above claimed to be true in some way shape or form and they always leave me shaking my head in bewilderment.

There are numerous NLP training standards and no curriculum is ever the same.

There is no true regulatory body and anybody can set up a training company.

Richard Bandler did attempt to trademark NLP and even got into a court battle with co-developer, John Grinder, but he ultimately failed and it is now open-source, for want of a better description.

I’m lucky in so much as I’ve had great trainers, some people are less fortunate.

Although the linguistics side of NLP is fairly well established there hasn’t been enough serious scientific study of why some of this brain stuff works.

In fact, there are large areas where there hasn’t been any research whatsoever and all the evidence is anecdotal.

Does it reprogram the brain as some would claim and appears to happen?

If so, why doesn’t it work with everybody?

Or, as seems more likely, does it depend on the skill of the practitioner and the client’s belief system?

There has been research into NLP patterns like anchoring (I believe at MIT) and reframing (the basis of CBT), but none of those things were ‘invented’ or even discovered by the developers of NLP. They were merely adopted on and expanded.

More is needed to establish the credibility of the subject as a whole.

I now get why Derren Brown feels like he does about NLP or more to the point, toward some of the people that seem to practice, teach and govern NLP.

However, I’m not ready to throw the baby out with the bathwater just yet, because like coaching, NLP is relatively speaking, in its infancy.

I have confidence that it will continue to evolve and improve.