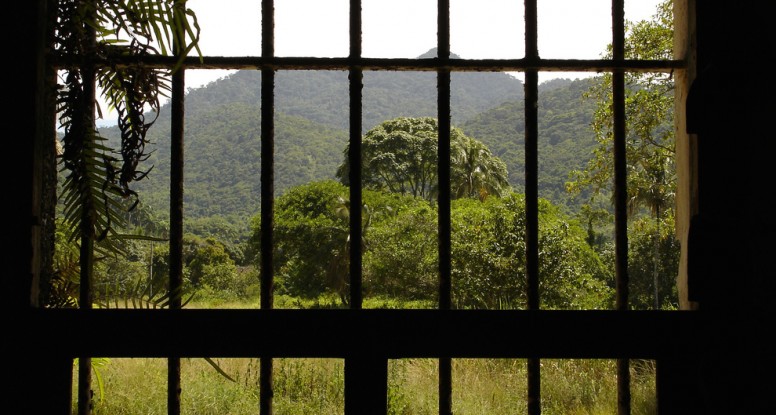 In Defense Of The Death Penalty

The title of this post is somewhat strange and not the kind of thing you’d expect from a Life Coach writing a self development blog, but sometimes it’s necessary to push the boundaries.

Today I’m going to explain why I think capital punishment is not just useful, but fundamental for the success of any modern society.

I’m also going to explain why we should stop pussy-footing about and put the many hundreds of people on death row out of their misery as soon as logistically possible.

The purpose of incarceration isn’t to exact revenge, or least no Government would ever admit as such. The purpose is to reform or ‘correct’ people. To show perpetrators the error of their ways and help rehabilitate them so that they can return to society without posing a threat.

If we presume the above is true (and I think we have to), then what is the purpose of keeping somebody in prison for the rest of their life? If there is zero chance they will ever be released to demonstrate they have been rehabilitated and can live a normal life, seriously, what’s the point?

That equates nationwide to roughly $40,000 per prisoner per annum, or roughly the equivalent of the national average wage.

It is not unusual for people that have committed murder, rape and other such heinous crimes to spend a very long time in prison. Fifty years is not that unusual and they never get a gold watch either.

The reason is the majority of serious violent crime is committed by men between the ages of 18 to 40. Therefore, they still have a lot of their life left, at least statistically speaking.

In other words, these people can cost the State as much as a million dollars in their life time to keep with zero chance of rehabilitation or release.

Once again I ask, what’s the point?

At the end of 2008 the US had more people in prison than the population of Switzerland. If it was a country it would be the 94th biggest in the world of people and have a GDP in the region of $300 billion which is more than Argentina, South Africa and Portugal.

Between 1968 and 1976 there were zero executions in the United States. In that time the murder rate rose by a staggering 50%. For the next 20 years the murder rate fluctuated backwards and forwards, but was within 15%, of the 22,000 per annum figure.

Then in 1994 we started to see a decline in homicides. Guess what was happening at the same time?

That’s right, execution rates were starting to rise as more States reintroduced the death penalty or at least started  to impose it on prisoners that had been sentenced to death.

At the end of 2008 there were 3,215 people on death row awaiting their fate, many of whom have been there a decade or more. Based on the cost of keeping a ‘normal’ prisoner at $40k per annum, that equates to $128 million in annual expenditure.

Except it doesn’t, it’s much higher than that.

Death row facilities cost a lot more to run than standard prisons. Also the inmates get access to a legal process that towards the end is costing a small fortune as appeal after appeal is lodged to get the inevitable delayed or even over-turned.

The average prisoner is on death row for over 10 years. During that time it will have cost you and me the tax payer in excess of $1.5 billion to look after all of the condemned, and that’s presuming the number doesn’t grow which historically speaking is highly unlikely.

That’s a huge amount of money I think you can agree, and it’s money that could be spent on education, medical care or even foreign aid (something the US lags way behind the rest of the First World nations with).

If we sentence somebody to death we should mean death and just do it. I have little sympathy with people that join the Armed Forces and then bleat about it when they get sent on a tour of duty to somewhere like Afghanistan. WTF did you join up for, to play games?

The same goes for death row inmates. If you get sentenced to death, that’s not a bargaining position, it shouldn’t be the starting point for years, even decades of legal wrangling. That is what the trial was for in the first place!

If it were made law that all people sentenced to capital punishment had to either be put to death or have their sentence over-turned within 6 months, think of the money, hassle and distress that could be avoided.

That sounds callous in some ways, but having a family member on death row through no fault of your own (and please let us not tar convicts families with the same brush)must be absolutely agony.

Also, let’s think of the victims families too. Maybe they need closure, maybe they need to put a terrible situation behind them and move on. Surely appeal after appeal just drags up terrible memories and makes them feel all the old emotions again.

Where is the mercy in that? Who are the winners in this situation other than the lawyers?

If you too think we should use the death penalty more than we do I’m sure that has all made perfect sense to you. If you don’t, you probably think I’m talking bollocks.

If you have a strong opinion on a subject and somebody disagrees with you, then you’ll look for reasons to prove them wrong. You’ll disregard (often unconsciously) contrary evidence and latch onto anything that supports your viewpoint.

It’s what we pretty much all do because to do otherwise means we have to accept we were wrong with our initial assessment.

Therefore, if death by lethal injection strikes you as a reasonable approach to dealing with hardened criminals, you’ll have no problem agreeing with me and all those stats will seem like common sense.

The reality is, I abhor the death penalty, it sickens me to the stomach and I’m sure if you have read many of my posts you’ll have smelt a whole box full of rats.

I’m always talking about being open-minded and that most people think they are open-minded when they aren’t. So I wanted to take a look at something I am fairly close minded about and adopt a radically different stance.

I spent a couple of hours reading up on the topic to see what I could learn, but I was only looking for facts that backed up my (temporary) belief and disregarded everything to the contrary.

I wanted to really step into my own Discomfort Zone and see if I could genuinely try and defend what to me is indefensible.

The facts you have read are true and I have no doubt there are more that can support this argument I also wanted to see if I immersed myself in this topic my opinion would shift at all.

Did it? Maybe a little bit, but not much.

Now it would be easy for you to say,

“What kind of life coach are you Brownson if you can’t change your own beliefs? How can you expect to be able to help other people change theirs?

And that would be a great question and one that was troubling me last night when I asked it myself.

Then I was struck by the real (and in the light of day obvious) reason nothing much shifted for me.

At first I thought it was because I simply didn’t want to change badly enough. But that didn’t really stack up. I’ve no doubt I wanted to retain the belief that Santa existed until my best friend proved it wasn’t true last Christmas.

Beliefs come and go, often oblivious and irrespective of what we think about them.

After all, evidence is evidence if we’re prepared to see it and there is no subjectivity involved. It doesn’t matter how much you believe there are no calories in a Big Mac, if you eat them for breakfast, lunch and dinner you’re going to get fat and sick.

Well there obviously is subjectivity with the death penalty and there is no definitive proof that it’s a good thing or a bad thing, irrespective of what I, or anybody else wants to believe.

So why are most peoples belief about issues like this so intransigent?

I do indeed help clients change the beliefs they hold that are preventing them from moving forward. However, the one thing I NEVER do is mess around with their values.

Values are sacrosanct in my book and I have no right imposing mine on anybody else.

I am almost ashamed (but not quite) to say it has never crossed my mind, that when clients don’t change in the face of overwhelming evidence that I could have occasionally missed the fact I’m really dealing with a value and not a belief.

After all I do a lot of work round values up front and genuinely believe any coach that doesn’t is in the wrong business.

How is this useful you may be wondering? Well I have to admit it’s still work in progress for me and I’m not totally sure, but it could be this:

Some people that constantly try to make changes and fail, may not only be being held back by a disempowering belief system. They may also be trying to do something that is out of alignment with their values and that’s going to be close to impossible to do and is never going to feel good.

I’d really love your take on this. Did I do a good job of presenting my case in favor of capital punishment or could you see through me?

Could you have some sticking points because of your values rather than your desire to change?

By the way I do NOT want this to turn into a debate on the death penalty!