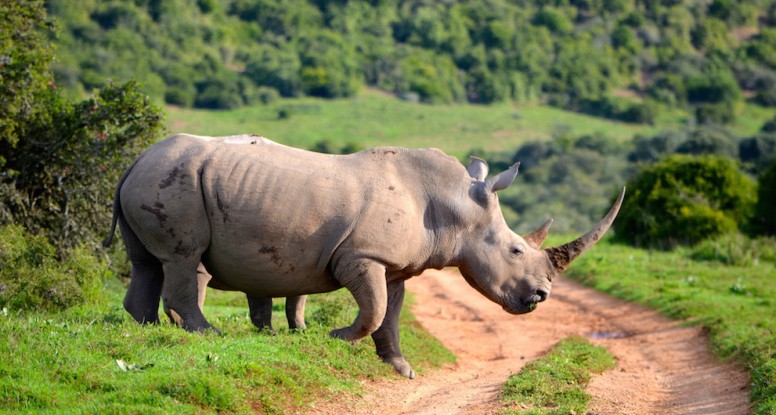 About 2 or 3 years ago I had an e-mail from a French dude called Olivier Larvor wanting to interview me for his blog.

I rarely turn interviews down because I’m a publicity whore and I usually really enjoy them.

The fact that there are more White Rhinos wandering around the streets of Orlando than Olivier had readers to his blog didn’t deter me either.

And I am delighted I did because that was the start of a great friendship.

Olivier was at that time working his way through his ICF training to become a Life Coach.

He has a wicked sense of humor and when doing a search for Life Coaching websites had stumbled upon mine first.

Amusingly, he presumed all Life Coaches swore and used lots of humor in their writing, which was something he wanted to do.

Little did he know that there are more 3-legged White Rhinos hopping around Orlando than there are Life Coaches acting as childishly as me.

We kept in touch via the occasional abusive and highly sarcastic e-mail, the best of which was when he told me about a Co-active coaching summit he went on.

He was highly embarrassed to be part of it and I thought it was hysterical and mocked him mercilessly!

Sorry if you’re a Life Coach and like that kind of thing, I guess we’re all different.

And rest assured if you are on the Coach the Life Coach course I will not be making you do that after we finish.

A few months ago I got an e-mail from my Gallic friend wanting to know if I had any desire to partner up with him to do a podcast.

I was reluctant at first simply because I was already running 1 business, 2 blogs and 3 dobermans and spare time isn’t something I’m tripping over on a regular basis.

However, when he explained more I decided to give it a go.

This wasn’t going to be an ordinary podcast with straightforward boring interviews; this was going to be ‘raw’.

What he meant was, we weren’t going to edit, even on air in terms of our language, or afterwards to remove any crap bits.

It was going to be one and done.

We also weren’t going to spend hours researching our guests because we just wanted to chat with interesting people, not know their life’s history or be thinking of intelligent questions

Suddenly my interest was piqued because this is exactly the kind of interview I like doing.

If you gave me $100 for each time I have been asked, “How did you get into Life Coaching?’ I’d have enough money to buy my own White Rhino and buy a license so the big fella could wander around Orlando unimpeded.

But if you gave me $100 for every time I’ve been asked, “Shouldn’t we just slaughter all the whales because those fat fuckers have been stealing al the plankton for years?” – which is a question I posed to Professor Guy McPherson on the latest podcast, I’d be broke.

I mentioned the podcast series to my newsletter readers last year and advised them that it was NSFW and that if they were offended by bad language and tongue-in-cheek sarcastic humor, not to listen.

Sadly, somebody looking to be offended bad language and tongue-in-cheek sarcastic humor did go and listen, and then decided to e-mail me….twice.

He pointed out that I doing such a thing would lose me all my clients and wreck my business.

I responded that I’d been doing this kind of thing in the written form for almost a decade and I’d risk the consequences.

But to no avail, he wasn’t a happy chappy.

Stop Caring About What Others Think

I know that some people don’t get me, some don’t like me and some hate my sense of humor.

Others think I’m unprofessional as a Life Coach (that was hinted at by somebody on Twitter just last week), but I really don’t care.

I care about people who do get me, those who like me), those who laugh at my jokes and those that think professionalism is about getting results, not putting on a suit and tie and avoiding tough topics for fear of upsetting the status quo.

Too many people care, but care in the wrong way.

They care what the world thinks about them more than they care about what they think of themselves.

You cannot control the world and if you base what you do with your life on the expectations of others, you’re unlikely to be happy.

I know my subscriber meant the best and I appreciate that, but I also think he could have spent the time he wasted writing two long e-mails to me more productively like starting a petition to save White Rhinos.

The latest podcast guest was with Professor Emeritus of Natural Resources and Ecology & Evolutionary Biology at the University of Arizona.

I must admit Olivier went all-professional and turned into Katie Curic at the beginning, but that’s probably because Guy is a bit of a hero of his.

Also Guy has some fascinating stuff to say about climate change and his opinions are not very palatable to many because he thinks we’re doomed not in millennia, or even centuries, but within decades –maybe even only one or two.

If you want to check out more of the interviews with cool people like Michael Heppell and John Strelecky and a few general chats about life, Life Coaching and random shit between me and Olivier alone you can follow this link to the main site or watch on YouTube.

Note: You cannot see the muscular, sexy-accented, lady-killer that is Olivier because the muppet couldn’t get his webcam to work.