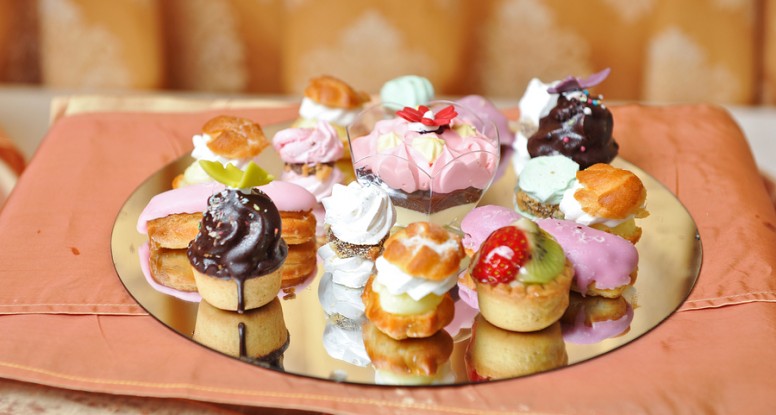 How Do I Stop Feeling Guilty?

The following is a guest post from Si Quan.

Have you ever felt guilty for finishing a bag of Doritos by yourself?

Once upon a time I was drinking from the fountain of wisdom that is Quora where I chanced upon this question:

“I just ate a 540-calorie bag of chips and feel horrifically guilty. What should I do?”

Now, I am not sure whether Quora’s algorithm has reached the extent where it knew what I was holding in my hands. (If you’re interested, it was a bag of Honey Dijon Kettle chips)

Terrified by the exactness of Quora’s all-knowing eyes, I put down the bag of chips and hoped there was no judgment passed on me.

However, I could empathize with the OP (Original Poster)’s question. Guilt was already overwhelming me.

So, I started reading the responses of the thread, hoping for a possible relief.

Useful Advice… Or Not?

“Stop feeling guilty about any kind of food” opined one Quora user. “Stop looking at the calories,” said another. “Go and undo the damage now,” commanded the third.

One particular user even said, “You need to enter the real world and realize that there are real problems that need to be solved.”

I understand that the people of Quora (Quorians?) had good intentions. Some of them even gave excellent advice

But it wasn’t right. Yet.

They were being too harsh on OP.

The Problem With Giving Advice

You see, we’d like to think that everybody with a problem wants advice. We’ll unleash advice upon advice onto the person.

But have you ever wondered what it does to him?

It makes him feel worse.

As you know, he’s already feeling guilty for not doing something.

Now he’s feeling worse for not doing ALL of the things you “casually” mentioned.

And it’s not just towards others.

It’s the same for how we deal with our own problems.

We’ll finish an entire bag of chips by ourselves, and then start feeling guilty.

We’ll beat ourselves up for not having discipline.

We’ll mentally dish out advice to ourselves — start running tomorrow, eat lesser for dinner tonight, start signing up for yoga lessons, get a personal trainer…

And the cycle repeats.

And then we’ll start feeling guilty again for not having done the above sooner.

Guilt Is An Unproductive Emotion

Because of guilt, because of one single bag of chips, we might start to label ourselves as lazy, fat, stupid.

But what we’re really doing is allowing guilt to win.

We’re allowing ourselves to be unproductive, to not make changes to our lives. We’re allowing guilt to change our self-concept, and cause our own happiness to suffer because of one non-severe “mistake”.

Guilt, like anger and disappointment is just an emotion, and should not take over your identity as a person.

So instead of coming down hard on yourself, like how others do onto you, you can make guilt work for you.

To do that, you need to be able to stop the self-criticism and look at guilt like a scientist. You need to self-analyze and turn guilt into change.

Here’s the 4-step guide on how you can do so:

How Do I Stop Feeling Guilty?

The first part is incredibly important.

Most people treat their guilt as something vile. Something that’s wrong to feel.

We’re human, and what humans do is experience the full range of emotions that nature has given us. And guilt is part of it.

It’s okay to feel guilty, if you have done something to genuinely feel guilty about. All of us feel guilt at some point in our lives.

Write it down in your journal.

Remember: the first step to solving a problem or resolving a situation… is to accept that you have a problem in the first place.

Now that you have acknowledged your guilt, it’s time to do the next step.

This step requires you to have a journal with you (or any dingy old book hiding in your cupboard.)

You’ll start examining and analyzing your guilt. You should try to dissociate yourself from the feeling and treat it like how Einstein would with his gravitational equations.

We’ll have to start dissecting it and asking ourselves some important questions.

Ask yourself (and answer yourself honestly), “Why am I feeling this guilt? What triggered this guilt?”

As an example, the bag of chips was the trigger for OP’s (original poster) guilt.

Then, why is the original poster feeling this guilt?

Since I don’t know OP at all, I am going to make a guess on why he is feeling this way. Perhaps he desires to have 6 pack abs like Zac Efron and he thinks that eating a full bag of chips will derail him off his goal.

It makes him feel like a loser… and as someone who cannot maintain his discipline.

(A warning: remember to stay focused and not start beating yourself up!)

Okay, so we have established the trigger point as well as the WHY behind the guilt.

Now, onwards to determine whether this WHY is a useful Why.

The reason we do this is because many times, a lot of our priorities, dreams or goals aren’t even OURS. They are goals forced fed to us by our parents, friends and the media.

For example, achieving 6 pack abs. The media wants you to think that you can only be happy when you have 5% body fat and a Greek God physique.

Probably not. There are many happy people who are living fulfilled lives but they do not have bodies like Chris Hemsworth.

Perhaps the poster was influenced by the media to desire a physique like that. I don’t know.

But he will have to ask himself honestly, “Is that truly what he wants?”

This is the point where we start the tiniest actions to do something about our guilt.

Firstly, what was your answer to Step 2?

If it was a very resounding NO, I actually don’t care about achieving 6 pack abs, THEN AWESOME!

It means you never thought it was a priority in the first place.

It means you can go on your merry way (not to eat 1 more bag mind you) to do the things you want to do.

What if it was a yes?

Yes, I think achieving 6 pack abs is important to me and I want to maintain a physique that people admire.

Cool. Nobody’s judging you for that.

What you can do right now is to do something tiny. Do the littlest of things that will bring you closer to what you want.

A good rule-of-thumb is: do the simplest action that takes just 5 minutes of your time to complete.

If it is 6-pack abs you want, then go do something healthy that can be achieved in 5 minutes.

Maybe it’s drinking a full glass of water. Or doing 20 quick push-ups. Or simply churning out 10 burpees in a row.

Whatever it is, go and do something that does not have inertia holding you back from completing it.

Have you realized something?

What you have done so far is use guilt productively.

By re-assessing your guilt, you have also revealed your own priorities in life.

And, you are now one step ahead of others! (Most people don’t even know what their priorities are.)

Start brainstorming solutions on what you can do to achieve your goal.

Coming back to OP, what can he start doing to ensure that he’ll reach his goals?

Perhaps he should start going to the gym thrice a week. Or sign up with a personal trainer. Or maybe even start learning how to make quick, easy and nutritious meals.

There are many possible choices.

Are You Ready To Reframe Guilt?

If there’s anything I want you to take away from this post is — it is perfectly normal to feel guilty.

Feeling guilty is part of life, but you should never beat yourself up.

Instead, use the above 4 steps to reframe guilt and change your life.

Si Quan is The Marketing Guy at Tware , a wearable technology start-up. He specializes in finding out how more rest and relaxation can actually translate into better, more productive work.

Want to find out you can rest and work at the same time? Click here to find out more about AiraWear, an intelligent massage jacket that allows you to have a massage anywhere, anytime.