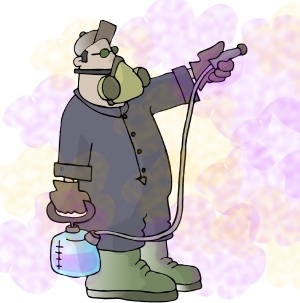 Have you ever read on a Life Coaching blog or heard some motivational speaker or self development guru tell you that happiness is a choice?

I seem to come across this on a regular basis and it frustrates the hell out of me, because it’s crass, glib and to a large extent, inaccurate.

Not to mention it’s incredibly disingenuous to the millions of people that then presume they’re doing something wrong because no matter how hard they try they can’t seem to simply up their happiness levels at will.

The bad news is, the latest research suggests that about 50% of your happiness levels are predetermined by your genetics.

Therefore, if you are genetically predisposed to be a worrier and a fretter, it’s going to take a lot more work reversing that trend because that will always be the easiest route for your unconscious to take.

The good news however, is that it can be done and there is enough wiggle room in the 50% that you can influence to make you as happy as a dog with two bones, a pigs ear and a pair of stolen socks. However, to achieve that, it takes perseverance, commitment and a belief that you can change.

And the last part, belief, as is often the case, is probably the key.

Some people believe so strongly that their map of the world is the map of the world that they never try and change because they think change is impossible, and so to try would be a waste of time.

But let’s presume that you aren’t one of those people and that you’d really like some more happiness in your life and believe it’s possible. What can you do?

The starting point is diligently monitoring and screening everything that enters your body, and I really do mean everything.

Let me be honest, I am without doubt one of those people that has a predisposition to being grumpy and seeing the down side of things. I really have to work hard at not letting that get the better of me and I do it by trying to remove as much toxicity as possible from my life.

I actually dislike this phrase because I honestly don’t believe there are toxic people. I happen to think ‘toxic’ people are struggling with their own lives and are dealing with their own circumstances and insecurities in the only way they know how.

Alas, their way of dealing with things often manifests as a desire to undermine others in an attempt to feel better about themselves.

For the most part, and presuming you cannot help them, it’s best to slowly phase these people out of your life.

Unfortunately, sometimes the people that fit into this category are family or close friends and they’re not easy to remove from our lives, even if we wanted to. The only advice I can offer if you’re trapped in such a relationship is to take control of the way you view it.

Be curious and empathetic as to why they are how they are rather than being judgmental about their behaviors and actions. Be thankful you’re not like that and learn to reframe any of the crap that comes your way.

When I said monitor what you put in to your body, I did say I meant everything. Your body is not designed to take vast quantities of alcohol (trust me on  this one I tried it!), ingest toxic fumes from smoking or be swallowing pills by the bucket load.

Not only that, but it isn’t designed to eat highly refined foods loaded with additives and preservatives. The last half a century has seen an explosion in new medical conditions that science is struggling to explain other than via environmental factors.

I must confess, until I started researching the Paleo Diet I didn’t appreciate the negative effect on our mood eating poorly can have. I feel naive now, because when you think about it, it’s obvious.

If you put diesel into a car designed to run on gasoline it’s going to massively under-perform.

Yet millions of people every day do something similar with their bodies and the results are no more than to be expected.

We are the first generation that is sicker than the previous and even though our quality of life has supposedly improved, there are more people on medication for depression and anti-anxiety than ever before. And that number is spiraling out of control.

About 10 years ago I, to all intents and purposes, quit watching TV news, especially local news. It never failed to bring me down and often just before I was going to bed because TV news deals in fear.

It wants to scare and intimidate you into watching and hopes you’ll cling on to the belief that you need to watch be well informed.

My friend Bob Poole recently sent me some articles on political stuff that was happening both where he lived in Pennsylvania and also back in the UK and asked for my opinion. Bob is a great guy and I have a tremendous amount of respect and admiration for him, but I couldn’t finish the articles.

I could feel myself getting dragged down as I read and knew that the only outcome was me feeling pissed off about something that was completely and utterly out of my control.

There’s nothing wrong with wanting to be well informed. But if you want to up your happiness levels, I doubt a diet loaded with news (and I  include news/gossip magazine type programs like TMZ in this category) in any of its guises will help you do so.

These are tricky suckers to spot and almost a decade into my own self development journey I still catch myself thinking toxic thoughts from time to time.

The specifics will vary from person to person, but any repetitive thoughts you have that put you down are toxic and need to be expunged forthwith if you are going to maximize on your happiness levels.

It’s a cliche I know, but you shouldn’t be saying anything to yourself that you wouldn’t say to a loved one.

Exercise is probably the best mood enhancer known to mankind that isn’t going to cost you a fortune and get you locked away. Exercise doesn’t just help you get fit, look good and keep the weight down, it also floods your body with beta-endorphins that raise you mood and self esteem.

If you really can’t be arsed to exercise you could try meditation (or better still, double the benefits and do both!). Whereas you wont develop a 6-pack, meditation can supply similar mood enhancing effects as well as lowering stress levels which leads to an improvement in health and thus happiness.

We know know that helping other people lights up the same part of the brain that taking stimulant drugs like amphetamines and cocaine does, so why not increase your happiness levels by giving back. You could even go and buy a copy of How To Be Rich and Happy right now, thus getting a great book (one of only about 20 of the original print run left)  and also help about 15 less well off people get their own free copy. Just sayin’ ;-)

I’d love to hear your tips on happiness. Have you done any of the above? Or maybe something completely different that I missed off? Please let me know in the comments.