Goal Setting: Why It Usually Fails 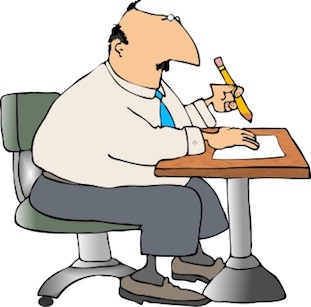 Many people think goal setting is the mainstay of of what Life Coaches do.

Or more accurately, it’s what most people think I do when I have conversations on social media or in a social setting.

They presume that people contact me with a plan of what they want to achieve with their life and I help them implement procedures that will allow them to achieve those goals.

Of course that can happen, but it probably makes up less than a quarter of my clients.

The other three quarters or more hire me because they feel stuck and actually don’t know what it is they want out of life (or they are other Life Coaches).

Setting goals is easy and the book I give away to my newsletter subscribers goes into great detail explaining the step by step process.

I’d even go as far as to say you really don’t need to hire a Life Coach just to help you set goals, presuming that is, they’re the right goals and/or you’re not a chronic procrastinator.

Yesterday I was working with a client who had come to me to help implement a goal he had held for the better part of a decade.

He was frustrated with himself for not getting on with the job and his words, said:

If 8 years of coaching has taught me anything, it’s that people can be highly reluctant to let go of dreams they have held onto for a long time irrespective of changes that have happened in their life.

It’s also taught me the ass-kicking approach is way overblown and rarely facilitates lasting change, but that’s another matter altogether.

There is a cognitive bias called the sunk cost fallacy that suggests when people are highly invested in something in either time, money, energy, (or a combination of all three), they become very reluctant to let go.

Some examples may be:

Goals can also be driven by sunk cost fallacy and that was exactly the case with my client.

His driving force to write a book 10 years earlier was no longer present in his life, and as is almost always the case, he hadn’t noticed.

If Your Values Don’t Drive Your Goals, You’re Screwed

My client was single and in his early thirties when he started writing his book and now he was in his forties, married and had three kids.

Do you think family was top of his list 10 years ago?

Well it could have been I suppose, but in his case it wasn’t for reasons that are irrelevant to this post.

If so (and he thought it was by the way), then wanting to write a book makes total sense and would be in total harmony with his values.

But guess what made him feel significant now?

There was no longer any need to search externally for something he already possessed.

When we talked about this it was like seeing a huge weight being lifted off his shoulders, because the reality is he didn’t need an ass-kicking, he needed permission to let it go.

He was delighted and so was I, although slightly less so when I had to PayPal half the money back that is!