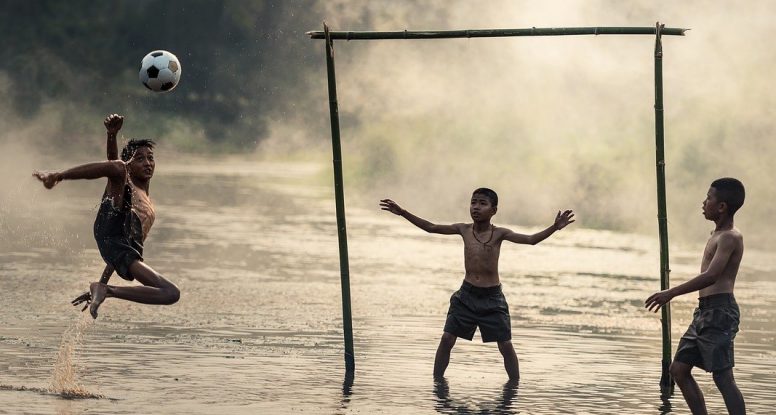 We are coming up that *that* time of year.

Your calendar is top heavy. Perhaps like me you’re having to endure the lights on the house next door bursting into a rendition of ‘deck the halls with boughs of holly’ every time a person walks past and triggers the motion sensor, and self development bloggers the Internet over are salivating at the thought of writing about setting New Years resolutions.

If you’re reading my blog then it’s doubtful you’re a self development rookie.

You know the score.

You know that most New Years resolutions have a shelf life not much longer than the sagging Christmas trees that are being fed through industrial wood chippers mere days after 12th Night.

You realize that just because you have hung up a new calendar with a lovely cute puppy on the front, and that you have to remember to change the date on any checks you write, and that your credit card bill will probably be a lot higher next time round, that nothing else significant changes.

For sure you understand at an intellectual level that nothing has changed any more than it has when you go to bed tonight and wake up tomorrow, but it’s tricky to fully grasp that at an emotional level.

We are creatures of hope.

Hope is one of the major factors in stopping us from sliding into depression – the belief that no matter how sucky things have been, or are, that they can always improve.

And for many of us the start of a New Year and setting resolutions is like an injection of pure unadulterated hope.

It courses through our body like heroin though an opioid addicts veins, promising that this time things will be different.

We will lose that weight and get healthy. We will start that business. And we will become the person we know we are capable of becoming.

And even if things are going great, who doesn’t want their fix of hope that we can maintain our run of good fortune, or even improve on it?

It’s the gift that keeps on giving.

At least that is until midway through January when it can turn into just another wasted opportunity and deliver a round of self recrimination before a promise that next year will be different.

All unhappiness lies in that gap between what we think life should be like, and what it actual is like.

As such, setting New Years resolutions or any type of goal and either missing it or quitting makes us feel a lot worse than not bothering to try at all.

There are a great many reason why we tend to fail in achieving our goals.

Having no real plan, underestimating the time we will need, stetting goals based on what we think we should be doing, ignoring our own core values, adopting goals to please others or that we think look cool, and I could go on and on and on. Seriously I could.

I’ve started, then stopped. I’ve then started and stopped again. I’ve deleted entire pages, written new material and then deleted that too.

I took the dogs out this morning really frustrated and disheartened that I hadn’t got my act together and finished this.

And then it hit me.

The whole goal setting malarkey holds no interest for me any more.

I was trying to make myself do something I really didn’t want to do because I think people expected it of me.

Where’s the fun in that?

What is the point in working for myself and then doing shit I don’t want to do?

I’m not saying goal setting doesn’t have value or that you personally shouldn’t set goals, that would be ridiculous because there is no how it is, just how it is for you.

It’s just that (for me) the entire goal setting process no longer offers inspiration.

Maybe I’m just a miserable old fucker who has been there and done that too many times.

Then as I was picking up poop (I don’t think that’s relevant, but who knows?) I remembered an approach I took when looking for a different approach 6 or 7 years ago

At the time I was frustrated with my lack of breakthroughs in terms of building my list and being full with clients.I was doing sort of okay, but not much more than that.

Then I read a blog post (I *think* it was by written Chris Brogan but I’m not entirely sure) talking about abandoning the whole goal setting approach and instead choosing a theme made up of one or two words to focus on for the year.

It could be, wealth, growth, health, giving back or anything else that feels like a good fit for you and will keep you motivated.

It seemed so basic and unstructured, but also so obvious and workable that I decided to try it out.

At the time I felt that I wasn’t maximizing my potential so decided that my theme was going to be ‘maximize’.

Every project that came my way, blog post I decided to write, speaking opportunity I received I tried to remember to ask myself, ‘Is this helping me maximize my potential?’

Of course there were occasions I forgot, but for the most part I stuck to it.

And if the answer was ‘yes’, then tally-ho old chap, let’s do it.

If the answer was ‘no’ then screw it, I’m not doing it.

I had by some considerable margin the best year I’d ever had.

In the years since then that idea has grown legs and one author has had a best-selling book from the idea even though it was around years before his book was.

But for some bizarre reason, even though it resulted in a breakthrough year for me I never followed it up the following year or any year since.

If you struggle with setting goals/resolutions and think there’s something wrong with, maybe there isn’t?

Maybe goal setting just isn’t for you, like it really isn’t for me.

If that is the case then perhaps you can set yourself a theme for 2018?

Try not to do more than one because you can adopt a different one in 2019 and then again in 2020.

Trust me, if you do that and stick with it you will be amazed (in a good way) at what you can achieve in 2018.

My theme for 2018 will be ‘health’. It’s been something I’ve taken for granted for far too long and I want that to change.

I’d love for you to share what your theme is in the comments so we can expand the conversation.