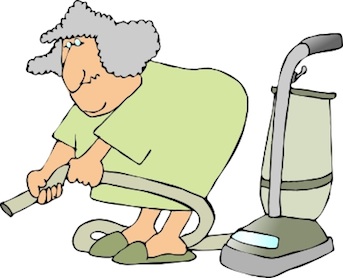 This is a somewhat unusual approach I’m taking today because I’m running a guest post that being a Life Coach,  if I’d read read on Raj’s own site The Positive Life I’d probably be diving into the comments to disagree vehemently with.

My initial reaction was to say thanks, but no thanks, but then I started thinking, what if I’m wrong, what if there is value to some people with this approach? It’s not very open-minded to reject an idea just because it doesn’t seem right to me.

I’m not going to tell you what my objections are at this stage. I’d ask you to read it, make up your own mind and then I’ll throw my 2 cents worth in at the end. If you think Raj is on the money and I’m wrong, tell me in the comments and I promise not to sulk…much.

What? You must be kidding. There are so many people who say Goals should be SMART and you are telling me – “They Suck”.

For those of you who are not aware about what SMART goals are. Let me just brief you about them. But, I am also going to tell you why they SUCK!!

As per the SMART Goal philosophy, A written down Goal should have the following attributes:

I would like to throw some light upon the two attributes in the SMART goals philosophy:

Smart Goals ask you to create a goal that is Achievable and Realistic.

I don’t believe in it, Human mind has got infinite potential, If we think whether our Goals will be achievable or not, or if we think our Goals would be realistic or not, then, we are putting a limit on what we can achieve in Life.

Bill Gates would not have been able to be the richest man in the world if he would have put limits on his dreams. Remember, he started his company in a Garage. Do you think Bill Gates would have thought that his goal is unachievable?

I believe if we assess whether our goal is realistic or achievable or not, then we are actually putting a limit on our thinking. History is witness to the fact that no great invention could ever be created if people had put a limit on their thinking.

If they don’t suck, why would so many people still do not create and write down SMART goals for themselves?

If they don’t suck, why would so many people feel a bit overwhelmed about writing SMART goals that they even leave the idea of writing down their goals?

If they don’t suck, why would people still go to Life Coaches and pay them huge amounts of money and ask for their help for creating SMART goals?

If Smart Goals do not suck, everyone you know would have been creating and writing down smart goals for themselves. But as you and I know, a lot of people are not doing this. So, there must be some disconnect.

I am here to remove that disconnect, and help you create smarter Goals for yourself which may not follow SMART goals philosophy.

If you still don’t believe that “Smart Goals Suck”, Let me ask you, have you written down a Goal for yourself that exactly follows the Smart Goals philosophy?

How many people do you know who have written down their goals by following the SMART goals philosophy? If they have, what is the percentage of those people? These questions automatically give you the answer that Yes, smart goals suck.

Let’s find out why they suck….

Why do SMART Goals Suck?

Consequently they either tend to create a Goal that does not have SMART attributes or they don’t write down their goal at all. Whereas we all know that writing down goals is very important and smart people do that.

Too many attributes to consider in a Goal

I believe choosing five attributes for creating a goal might become too much for some people. You see, the intellectual level of everyone is different and everyone does not want to get into such a complex thing as choosing 5 attributes for writing down their Goals.

People want simple things in their lives, I mean, already there are too many things that are complex, and at least our Goal Setting should be simple enough.

Example: I want to reduce 10 Kg in next 3 months

Here, 10 Kg is the quantifiable / measurable term through which progress can be assessed

Another example: I want to write 25 articles in next 30 days for my blog. 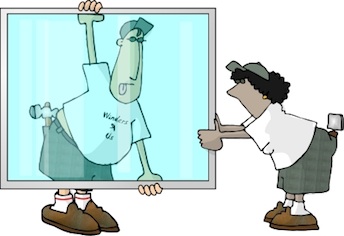 Here the number of articles is the quantifiable / measurable term through which the progress upon goal can be assessed.

If I would have made my Goal as – I want to write a few articles in next few days for my blog. ‘Few Days’ is not quantifiable, so it becomes very difficult for me to assess progress. Therefore, I need to mention a quantifiable term in my goal so that I assess the progress.

The goals should be as crystal clear as possible. Clarity helps give a direction to what exactly we want to achieve through our goal. Better clarity will induce more vivid images of Goal in the mind of the person who is creating the Goal. More vivid images will motivate the person to further achieve his goal.

Lets see how adding clarity to a goal statement helps:

Example: I will save enough money so that I can travel to my favorite destination next year.

This is one of the most important aspects to keep in mind while creating a Goal. If a time frame is not attached to a goal, it doesn’t have a sense of importance and urgency attached to it. A goal needs to be time bound and must have a deadline attached to it. Why? It is because a ‘some day’ approach doesn’t work.

If your boss tells you, I will pay you ‘some day’; will you work for him anymore?

You will only be able to achieve your goal if you have attached a deadline to it.

I am sure now you must be relieved to know a new simple technique that helps you ACT upon the goals you create. What do you think about the ACT GOALS philosophy? Do you think the concept will help you?

Guest Post by Raj who loves to inspire people and writes at The Positive Life.

I think Raj has made some really good points and I do think that for some people there is a benefit to making things as simple as possible, but my guess is that this is Raj’s take on what works for him, rather than a universal solution to an age old problem.He says:

“We all know that writing down goals is very important”

That simply isn’t true, in fact I would say most people don’t know that. I regularly get clients that have never written goals down and don’t see the value to begin with.

He also says people pay life coaches huge amounts of money to help them set SMART goals. Leaving aside my bank balance for a moment, I’ve never had a client come to me specifically for help in setting SMART goals, in fact rarely do I get a client that has even heard of SMART goals.

But rather than get incredibly picky with the language which I’m apt to do, I’d rather than a look at some of the areas where I think he has misunderstood the SMART method and why to some extent (but for different reasons) I agree it can suck.. 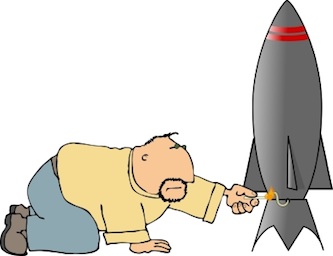 A – Raj is correct that some of the SMART methods do include ‘A’ as being achievable, but none that I would take seriously. To me ‘A’ always has been and always will be ‘Action oriented” In other words, for a goal to be a real goal you have to do something. It has to have your involvement, otherwise it’s just a wish.

R – I’m with him here….up to a point. However, I go to great pains to explain what I mean by realism. Earning $1 billion per year, running a  marathon at the age of 60 and giving away 1,000,000 copies of How To Be Rich and Happy are all realistic, because they are physically possible.

Thinking of the Bill Gates example he mentioned, well somebody has to be the richest man in the world, so that is possible, as is going from janitor to motivational speaker.

On the other hand if you’re a one-legged 4’ 6” Chinese women about to start collecting your pension, it’s not realistic to have a goal of making the US Mens Olympic Basketball team. Call me a dream crusher if you like, but that is just plain unrealistic.

Nobody has done what we’re trying to do with How To Be Rich and Happy, but when you break it down there is no component part that is unachievable. It’s incredibly tough, but it still fits the realistic criteria as did running the 4 minute mile, space flight, heart transplants etc. Just because people may have said they were unrealistic doesn’t necessarily make it so.

Also, as you may or may not know I developed something called SMARTER goals which use the elements we have already spoken of, but also adds ‘E’ for ecology and ‘R’ for reward to make goals more sticky.

Both these are crucial in my opinion when setting great goals. I’ll not make this post any longer that necessary, so if you want to know more then you can download the complete FREE version of my book ‘Don’t Ask Stupid Questions‘  in which there’s an explanation, or read this rather long goal setting post. It also contains a YouTube clip at the bottom explaining the SMARTER method in more detail.

So what’s your take, do you think people don’t set goals because they see traditional methods like SMART, GROW or Well Formed Outcomes are too complicated, or do you think it’s they just can’t see the point or they’re just too damn lazy?