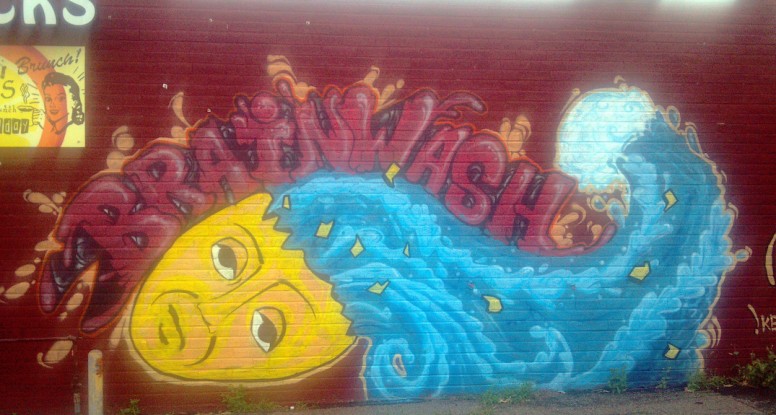 Have You Been Brainwashed?

Let me cut to the chase and answer the question posed in the title of this post, just so you’re under no illusion.

Yes you have, and so have I.

Pretty much everybody (at least in first world countries) is brainwashed to a certain extent.

Unfortunately the word is frequently misunderstood and usually applied to cults or people who have gone through major belief changes that make no sense to most people.

The Media perpetuates this misunderstanding by only using the word in such circumstances.

No mainstream newspaper screams that the Democratic or Republican Party are trying to brainwash you.

What Does It Mean To Have Been Brainwashed?

Look at the Oxford English Dictionary definition of brainwashing and then try and tell me political parties the world over aren’t trying to do this.

Of course political parties don’t use physical force per se (not in the US anyway), but they will go to great lengths to mentally force you to support them.

Telling you the other party will increase tax, go easy on crime or make life tougher for retired people is attempted brainwashing, or as it’s also known, mind control.

Mind Control Is At The Heart of Politics

They may say that a political campaign is a fight for the hearts and minds of the voting public and that doesn’t sound too bad.

But what they are really saying is, “we want to brainwash you, we don’t want you to doubt us, we want loyalty without question.”

You may call it persuasion or offering a point of view and hoping people will get on board with your ideology, but really it’s just a group of people hoping to control and dictate your thoughts.

Advertisers and marketers use brainwashing on a regular basis.

Every religion I have ever read about or seen up close uses brainwashing tactics both on an individual and a group basis (some even use hypnosis, but that’s another matter for maybe another day).

As does every Military organization the world over.

To blindly obey or to use ‘Faith’ as the reason for doing something means you have been brainwashed.

Not that that is always a bad thing at all. You really don’t want soldiers on a battle field questioning every order and doing their own thing.

I Was Brainwashed By Apple

I was brainwashed into thinking Apple products were untouchable.

However I have had so many problems with my, iPhone, iMac, the new iWork suits of apps and Mac Mail recently that I have been forced into reconsidering because overwhelming contrary evidence.

That’s not a huge deal, but on reflection I have to now question whether Apple ever deserved my loyalty and faith that they would always deliver stellar products.

The fact that brainwashing exists is not the problem, the problem is people have been brainwashed into thinking they could never be brainwashed.

Most people think only the weak minded can be brainwashed.

That they see things clearly and could never be duped in such a manner, but they already have been.

You Have To Question Your Own Beliefs

You can of course reverse the trend, if that is you want to badly enough and you have the courage to question your own beliefs.

But few people like questioning their own beliefs because it creates cognitive dissonance.

Your brain hates to be wrong and as such will fight tooth and nail to support what it already believes.

In other words it takes courage to deeply question your own beliefs by actively looking for contrary evidence and employing critical thinking skills.

And then it takes even more courage to admit to yourself that you have been brainwashed.

So are you courageous?

Are you willing to admit in the comments that you’ve been brainwashed?

Or do you think that you’re too wise for that to ever happen to you?