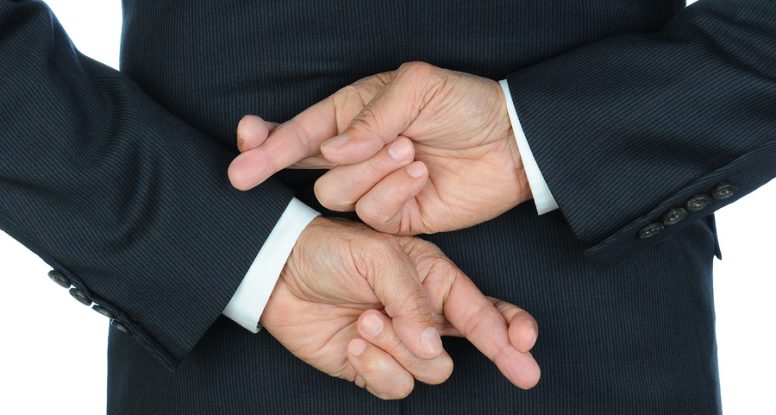 The Biggest Liar In The World

Here we are, slap bang in the middle of one of the weirdest contests for the position of the President of possibly the most powerful country on earth anybody has ever seen.

As an outside observer I’m often left wondering, wtf is going on?

I cannot for a moment imagine the leader of one of the leading political parties in the UK calling an opponent crooked or a liar, even if they thought it.

The fact of the matter is, we all know politicians lie.

It’s what they do, but they justify it to themselves under the banner of political expediency and being for greater good.

“Hey buddy, if you lie then I’m going to lie, you lying bastard! But if I catch you I’ll expose you and hope to God that you don’t catch and expose me too, because then we’re both fucked”

Whether it’s Trump or Clinton it makes little difference, they both lie and they will both do what they think they need to do to keep the other out of office.

The Biggest Liar Of Them All

But there’s a much bigger liar than even those two can hope to match.

That person kills dreams, causes anxiety, depression, unhappiness and is responsible for everything bad that is happening to you right now.

And that person is you.

Like the vast majority of us living on this planet you almost certainly lie to yourself on a daily basis.

You tell yourself stories about what will happen to you, and they are always fiction.

You cannot know the future, so anything you tell yourself about it is a lie as big as any politician could muster.

Maybe (like I did in my last blog post) you tell yourself that nobody gives a crap about you or what you do.

But how can you truly know that?

It’s a rhetorical question because you can’t, it’s a lie.

You lie to yourself that you won’t be able to cope with the future if you lose your job, get sick, have a failed relationship etc. Even though you have coped with everything that life has thrown at you to date.

The lie that you won’t cope is up there with the checks in the mail and I promise not to come in your mouth.

I just lied to myself for about 5 minutes.

I told myself I couldn’t possibly type and publish the second part of that sentence. That even for me it was a step too far and people would get offended.

I can write it, and if you’re reading this I did publish it. I just exposed my inner liar.

I guess I’ll have to live with the consequences, and if people choose to be offended then that is their personal choice.

You lie to yourself about what you’re capable of, what you deserve, whether you’re worthy enough for x, y, z, and the list goes on and on and on.

And this isn’t one of those lists where people say ‘and I could go on’ when really they mean, ‘shit, I’ve run out of ideas so I’d better say I could go on’

I really could go on and on and not even have to step outside the lies I have told myself over the last 50+ years.

Of course, without looking closely you don’t see your own lies, otherwise you would just laugh at the absurdity of them.

Your Unconscious Is A Stupid Genius

That is the genius of the unconscious mind, it makes you think your lies are really true.

It’s trying to protect you, it really is, but it just doesn’t know how.

It’s stuck in a time when we all grunted a lot, wore furry underwear and scratching your crotch in public was considered perfectly fine and people nodded their heads in a tacit understanding of an itchy crotch.

You are being lied to by politicians, advertisers, marketers and any number of other people or organizations who want your money, attention or allegiance.

But those lies pale into insignificance compared to the ones you tell yourself.

You have little or no control over those out to further their own ends through deception and manipulation.

However, you can examine your own inner thoughts and shine a massive light on those barefaced lies, then accept they are untrue and feel better about yourself.

Unless you’re a strangely coiffured, orange faced politician, you’re almost certainly better than you think you are, so be gentle and kind to yourself.