Bad Habits: Why Are They Difficult To Break? 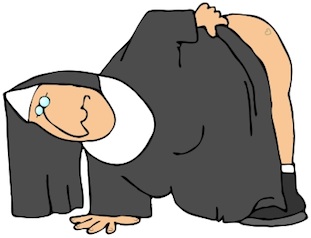 There is a lot of misinformation and misunderstandings surrounding habits.

As such, I was happy to get an e-mail recently from friend and fellow self development blogger Vlad Dolezal that gives me the opportunity to revisit the topic.

I’m going to reproduce Vlad’s e-mail and for the sake of this post I’m going to call his blog reader Bob:

“I got an e-mail from a reader asking about breaking habits. I realized I’m not that knowledgeable about this topic, and I remember I heard you talk about it before.

I thought you might know the answer, and take a few minutes of your valuable time to enlighten us, or point us to a piece of writing you’ve done on the topic.”

Here’s the question from Bob. The sub-heading is mine for ease of reading, the rest is verbatim.

Why Do I Revert To Previous Negative Habits?

“Why do I revert to past practices that are not healthy when I have spent several months cultivating good habits that have resulted in healthy changes in my life?

I’ve listened to some Anthony Robbins on self sabotage and seem to understand that what I call sabotage is actually a mechanism to avoid pain.

But when I am living a healthy lifestyle and revert back to some unhealthy practices I am not sure what the pain is that I am trying to avoid.

Perhaps this just means I need a good mental health counselor, but I just prefer to not go there if at all possible, because of their proclivity toward the use of pharmaceuticals.

You may well know of the pain and pleasure principal that Bob refers to.

It suggests that every single human behavior is designed to either move us toward pleasure or away from pain.

I personally subscribe to this belief as I have yet to find an example of an action or behavior that contradicts it.

However, to really understand it you have to sometimes drill down past the obvious and take a look at what the brain wants.

What the brain wants is not necessarily what is good for us or what we may think we want.

I’m sure you’re aware that it takes approximately 30 days to form a new habit.

Only I hope you don’t think that, because it’s a self development myth and one that drives me nuts because I hear it spouted so often.

A habit is merely a replicated and often autonomic behavior that can form over months, years or even decades, but probably not a few weeks.

Let’s suppose you want to build a habit of meditation (and by the way if you do you can grab my free ebook or audio book on the subject by clicking the link) and decide to devote 5 minutes per day to the task.

And let’s also suppose your best friend wants to do the same thing, only she devotes 30 minutes twice per day.

Who do you think is more likely to have created a habit after the arbitrary 30 days?

You who haven’t even notched up 3 hours practice, or your friend who has devoted 30 hours?

Of course it’s the latter, but even then it’s unlikely to be a real habit.

Was It Ever Really A Habit?

Let’s suppose shortly after your friend get’s sick with the flu, and I mean the real flu not a cold that so many people complain is flu. She is laid in bed for 2 weeks and feels run down for another 2 after that.

During that time she stops meditating completely because she simply (and quite naturally) can’t be bothered.

Was that really a habit in the first place or just an activity she maintained through conscious and disciplined effort?

Habits tend to be autonomic, meaning they happen without us necessarily having to actively think about them.

Do you ever go to bed thinking “Hmm, I must remember to brush my teeth tonight”?

Unless you have the dental hygiene of a tobacco chewing, Yak crap eating Mongolian shepherd it’s doubtful because it’s something you will do without thinking.

Think of other habits such as nail biting, switching the TV on simply because it happens to be a certain time of day, or driving the same way to work every day even though there are other options that take a similar amount of time.

What is the common denominator?

None of them require conscious thought, they just happen as if my magic. Only it’s not magic, it’s your brain conserving energy.

Your Brain Is Selfish With Its Resources

You’re brain prefers not to think at a conscious level any more than in really has to because it’s tiring and requires more energy in the form of oxygen and glucose than operating on auto-pilot does.

That’s why some people can actually find the thought of meditation stressful to begin with.

Not only are they going to have to concentrate which the brain prefers not to bother with unless absolutely necessary or it’s highly stimulated, but they’re also going to have to recognize all those thoughts that are flying around their head at warp speed.

I couldn’t count the amount of clients who when talking about meditation have nervously told me something along the lines of,  “Yeh, but you don’t understand, my mind is racing all the time, it’s chaos in there!”

Congratulations! And welcome to the human race because we almost all have a mind that is racing all the time, it’s what our mind is trained to do.

Let’s get back to Bob’s concern about drifting back into what he sees as self sabotage and look at it from his brains point of view.

To make this point I’m rather cheekily going to copy and paste a section from a my first ever ebook so my apologies if you have read this bit before, but I have edited it a tad to make it more relevant.

Imagine walking home from a new job one day and you suddenly realize that there is a meadow of long grass that will cut 20 minutes off your walk if you hop over the wall and take that route.

The first time few times you walk through you barely leave a discernible mark as the grass moves back into it’s original place after you pass.

After 10 or 20 times though you can clearly see a pathway starting to form. And after 100 times all the grass is worn away and there’s a farmer with a shotgun and large dog waiting for you at the other end.

Let’s presume our gun-toting friend is a big softie and he allows you to use that route as long as you want. What are the odds that next time you try a slightly different direction?

Slim to none. After all, you know this way works and you have a lovely easy path to navigate, why risk going another way?

On the other hand, if Farmer Giles starts taking pot shots at you and sportingly lets the dog try and shoot you too, before releasing it to sink its fangs into your arse, then you’ll probably find a new way home once you’re released from hospital.

The next time you’re walking home you opt against reacquainting yourself with Fido and spot another meadow further along the road and the same process then begins to take place all over again.

That is pretty much what happens when we form thoughts in our mind (and remember thoughts become habits).

The first time we have a new thought it is a weakling of a thought that has sand kicked in its face by stronger thoughts.

However, each time you re-think it it grows in strength as the physical pathway becomes more defined.

That is what’s required to build a habit and why it takes time, but unfortunately there’s some bad news.

When you start to form a new positive habit there is frequently a negative habit in place that you wish to replace it with.

As you’re grooving and embedding your new habit, your old one is still in place and eagerly waiting for you to use it again.

Of course without use it will eventually start to wither and die, but if it’s an exceptionally powerful habit that process may literally take years and you will have to be on your guard during that time.

So when Bob says he can see no benefit to his old habit his unconscious mind will be vehemently disagreeing because it can see the benefit of not having to use up precious resources sticking to new behaviors.

So that’s why habits are tough suckers to break and if you ask nicely in the comments I may even do a follow up post next week on how you do go about breaking them.

PS:  My latest ebook, 70 Amazing Facts About Your Brain And Why It Does Weird Things launches on Tuesday 8th January and will be free for one week, so pop back if you’d like a copy.