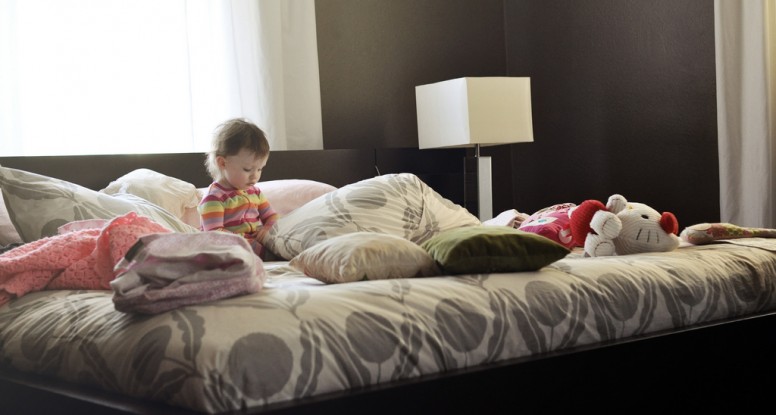 Are You Screwing Your Kids Up?

Did you know that skin damage caused through over exposure to the suns rays is irreparable?

Did you also know that most damage is done before somebody reaches the age of 18, but often doesn’t manifest itself until years, sometimes even decades later.

If you are a parent I’m guessing you may well have already known both those facts and as such you take precautions with your kids.

You make sure they wear adequate sunscreen and hopefully even a hat in the summer months and you keep them covered up during the hottest times of the day.

After all, it’s what any responsible parent would do because you quite rightly want the best for your kids and developing melanoma doesn’t really fit into that category.

If you have kids under the age of 7 or 8 I have some good and some bad news for you.

The good news is your children will view you with the kind of reverence normally saved for Oprah, The Pope and God by most adults, even if it isn’t always immediately apparent.

They’ll have total and utter trust in you and they’ll not even be able to comprehend that some of the stuff you say to them is actually a load of old crap.

The bad news though, is your kids are not very adept at separating what you say from what you do.  In other words it’s completely pointless telling them not to shout and scream if they hear your shouting and screaming on a regular basis.

If you smoke, there is a much higher likelihood that your kids will smoke too, no matter how many times you forbid them.

And if you’re a serial procrastinator that never gets anything done and constantly miss deadlines, bear that in mind when you’re admonishing your 13 year-old for not finishing her homework.

A couple of years ago I was back in England talking to some friends of friends about their kids.

One of the minor drawbacks with being a Life Coach is people seem to presume that I’m also a psychologist, psychiatrist, agony aunt, medical practitioner and soothsayer. Consequently, I get asked all sorts of weird and wonderful questions I’m not always qualified to answer.

This particular couple were having trouble with their teenage son because he was stressed so much of the time and it was effecting his school work.

They expressed their complete bewilderment as to how something like this could have happened to a child of theirs at such a young age. I started to chuckle.

I wasn’t being heartless, I just thought they were joking. After the couple of seconds it took me to realize that I was the only one laughing I stopped and looked at them with amazement.

No, they weren’t kidding and they weren’t especially happy with my reaction by the looks on their faces and the glances they gave each other. In fact, they had zero idea what I was talking about.

What was so obvious to me and probably would have been to anybody that talked to these people for more than 5 minutes, was that their child had simply modeled his parents whilst growing up like any good kid is likely to do.

So what made them think their kids would grow up to be any different when they had demonstrated time and time that being stressed was the normal way to cope with situations?

That’s what kids do, they model and at the ‘Imprint Period’ (roughly between birth and 7 years), they model the people they have most contact with, usually the parents.

As they grow older and enter the ‘Modeling Period’ (approx 8 – 14) they start to model other people such as siblings, TV heroes, sporting stars and also friends.

In fact, once they have gone past that stage and hit the ‘Socialization Period’ (around age 14) you have little significant influence on them no matter how loud you shout or what you threaten them with.

One of the things I’m looking for with life coaching clients is the ‘hook’ What is the thing that will get them to make the desired change and keep it, with as little fuss as possible?

This is where knowing the above information can be very useful.

Would it inspire you to make change if you knew you were teaching your kids all your bad habits as well as your good ones?

And by bad habits, I don’t just mean the obvious ones like smoking and drinking either.

Do you really want to teach your kids the belief that life sucks, working 80 hours per week is normal, worrying is a fact of life, anger is acceptable and it’s ok to give the finger to the guy that has just cut you off on the Interstate?

I suspect not, so what are you going to do about it?

IMage “vada In My Bed’ Courtesy of Lindsay Széchényi