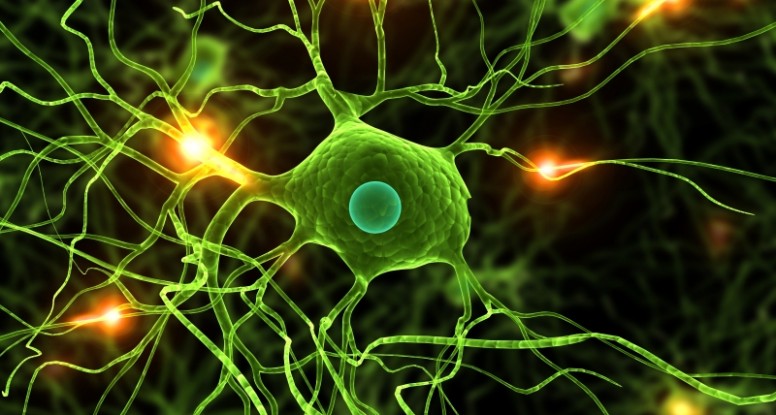 30 Amazing Facts About Your Brain

Get The New Ebook ’70 Amazing Facts About Your Brain’ now

if you sign up for my newsletter you will get a PDF version of the book along with 3 other books on goal setting, motivational quotes and dealing with stress.

If you’d like a copy of the Kindle version, that is only available through Amazon here and it’s priced at a very affordable $2.99

1. You have a finite amount of will power each day because to exercise will power you need energy in the form of oxygen and glucose That’s why it’s harder to say ‘no’ when you are tired or not feeling yourself.

2. A thought is a physical pathway in the brain. The more you have that thought the more you groove that path and the easier it is to have it again. That’s why having the thought “Why do I suck?” is never a great idea.

3. Speaking of which, you have approximately 70,000 thoughts per day, although many will be the same ones looping round and round on your grooved cranial highway.

4. Even if you consider yourself a left-brained person, your brain will still switch over to the right side every 90 to 120 minutes and then back again.

Note: If you want to know how you can tell which side is dominant at any one time, check out Creativity – Guaranteed and  you can then plan your time accordingly.

5. Reading out loud to kids accelerates their brain development.

6. Reframing negative events in a positive light literally rewires your brain and can make you a happier person, as can regular meditation.

Some Numbers To Wrap Your Brain Around

7. The brain is approximately 75% water, but you should never drink it.

8. Your brain only weighs about 3lbs yet the greedy bastard uses between 20% and 25% of your energy supplies each day.

That’s the number 10 followed up with 1 million zeroes, which is to all intents and purposes (for anybody not called Stephen Hawking or Rob Collins), an infinite amount of ways.

10. Speaking of large numbers, there are approximately 1.1 trillion cells and 100 billion neurons in the average human brain.

11. The slowest speed information passes around your brain is approximately 260 mph

12. Your brain was disproportionately large compared to other organs when you were born.

That’s why babies look a bit like aliens. Not yours of course, yours are cute, just other peoples babies.

13. If you lose blood flow to your brain you will last about 10 second before you pass out.

14. Your brain has no pain receptors which is why if I managed to remove the top of your skull without you noticing I could poke around all day without you feeling a thing. The skull removal may hurt a bit though.

15. Even though we say the amygdala regulates danger, the cerebellum motor control, and the limbic system emotions etc, this is somewhat misleading as no part operates independently and all need other parts of the brain to get their job done.

Your Brain Is Amazing

17. Leaving aside degenerative brain disease, your brain never loses the ability to learn and change because it’s effectively plastic and constantly rewiring itself.

Leopards may indeed not change their spots, but you’re not a Leopard and you can change yourself and your brain is up for the challenge.

18. It ‘s a self development urban myth that we only use 10% of our brain. We use it all and if you don’t believe me cut a bit out and see what happens.

Note: Unfortunately the new movie, Limitless due out soon is going to re-embed this myth as it’s based on the story line that we use 20% of our brain and you can take a pill to access the other 80%. Ho-hum.

19. If you were to measure your brainwave activity you wouldn’t see any drop off when you’re asleep.

You may be napping, but your brain is still working hard pumping your heart, digesting your food, maintaining your blood pressure and much more to make sure you don’t wake up dead.

20. Research has shown that the hippocampus which which deals with visual-spatial awareness, is larger in London Taxi drivers than normal people. London ‘cabbies’ have to spend months, sometimes years, learning literally every street in the Capital before they are allowed a license.

This process is known as ‘The Knowledge’ and it literally enlarges that part of their brain. Unfortunately, it doesn’t help them with anger management issues when cyclists get in their way.

21. Until relatively recently scientists thought that the brain was the only area of the human body that didn’t generate new cells. We now know that’s not true and the brain does reproduce shiny new cells for you to use

22. You have something in your brain called mirror neurons. If you see somebody stub their toe for example, the same pain area will light up in your own brain causing you to flinch.

Mirror neurons weren’t even known to exist prior to the early 1990’s, but now there is a growing belief in the scientific community they are responsible for us feeling empathy toward others.

23. When somebody takes cocaine their pleasure center (nucleus accumbens) lights up and dopamine and serotonin are released. Fortunately, you don’t have to blow your life savings, act like a dick and lose your nasal lining to get similar results.

Giving to charity or helping people in need also activates the nucleus accumbens. What a win/win that is, eh?

Your Brain Is a Dumbass

24. Multi-tasking is a self development urban myth. You simply cannot do it efficiently no matter what manufacturers of smart phones want you to believe.

According to the University of Utah, there are a few people (about 2.5% of the population) who can do two things consciously* at once without seeing any degradation in performance.

However, for most people all the brain is doing is going backwards and forwards very quickly and giving the illusion of multi-tasking. The reality is performance is inhibited by this approach not improved.

* I do appreciate that you can do multiple things unconsciously at once such as driving and talking. (Not texting though!)

25. Your brain is constantly lying to you when you have your eyes open. Because it cannot deal with every single detail that you’re looking at, the occipital lobe is joining the dots with what it presumes is there.

26. Similarly, your brain doesn’t record memories like video as it would be easy to assume. It takes snapshots of the more important bits and then when you recall the event it guesses what happened in between based on prior experience.

27. Your brain finds it very easy to create false memories largely because of the above and the fact that it spends so much time guessing what’s happening.

When scientists exposed people to Photoshopped images of themselves at various event years prior they were soon able to explain what they were doing and recall the event with clarity even though they were never there.

There will be events you swear blind happened the way you remember, but never actually did. A sobering thought.

28. The reason why some Chinese born people struggle to pronounce words like ‘fried’ is not because they can’t be arsed to learn them, as I ignorantly and embarrassingly believed when I was younger.

It’s because no similar pronunciation is needed in the Chinese language.

Therefore, if they are not exposed to the English language before around the age of 3, that part of the brain is allocated to other purposes.

30. The brain is very poor at concentrating for long periods of time and needs to clear it’s head so to speak about every 90 minutes or so.

Which is why if you’re delivering training and you want to maximize results, you should allow people to take lots of mini breaks rather than one long break for lunch.

I’d love your take. Anything surprising to you? Or do you have any amazing facts of your own? If so let me know in the comments.

More information on brain performance from the Amen Clinics